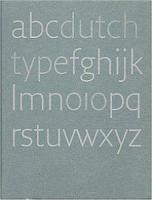 
When compiling the short-title catalogue of books printed in the sixteenth-century northern Netherlands from 1541 to 1600, Paul Valkema Blouw was confronted with a large number of ‘problem cases’, such as anonymously and/or surreptitiously printed editions, fictitious printers and undated or falsely dated printed works. By minutely analysing the typefaces, initials, vignettes and other ornaments used, drawing from his extensive knowledge of secondary literature, archival information and his unrivalled typographic memory, he not only managed to attribute a surprising number of these publications to a printer, but also could establish the period of time in which, as well as the places where, they must have been printed. These findings and the ways in which they were reached are described in the present collection of papers.

Defoe and the Dutch

Authors: Margaret J-M Sönmez
Categories: Great Britain
Type: BOOK - Published: 2015-10-28 - Publisher: Cambridge Scholars Publishing
The novels of Daniel Defoe are set in years during which two Anglo-Dutch wars were fought, a Dutch king took over the English throne, and the primacy of the Dutch in Northern European commerce was in the process of being overtaken by the English. At the time of these novels’

Authors: M.M. Verbeek, R.M. de Waal, Harry V. Vinters
Categories: Medical
Type: BOOK - Published: 2013-06-29 - Publisher: Springer Science & Business Media
Cerebral amyloid angiopathy (CAA) is a distinctive abnormality of small cerebral blood vessels, one that has intrigued neuroscientists for decades. The time seems right for a book which examines the phenomenon of CAA using a multifaceted approach: What does it produce clinically? How might CAA be imaged? What are the